There are many ways to do a travel journal. Some people prefer to sketch from life, others take notes and pictures for later; for me, it all depends on the kind of trip and the kind of tourist you are… it’s not easy to sketch if you are running from one place to another.

In July 2017, Gonzalo and me went on a short vacation to Galicia and it was pretty special because it was our very first trip together. As we were saving to come to live in England, we wanted to make it as cheap as possible so, instead of taking a plane, we crossed the country by train; this wasn’t only incredibly relaxing but also gave me plenty of time to draw and catching up with my reading. My journals are usually more chaotic but this turned out very organized – I don’t know if I like it but it’s always refreshing trying out something new. 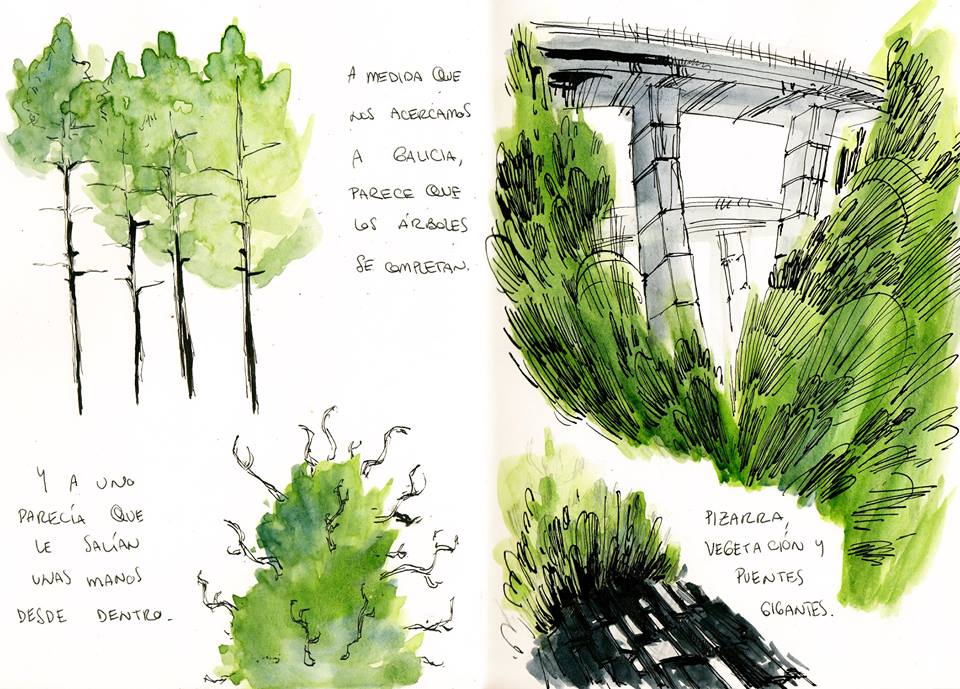 The more we approach to Galicia, the more the trees seem to be “full”.

And one of them looked like hands were coming out of it. 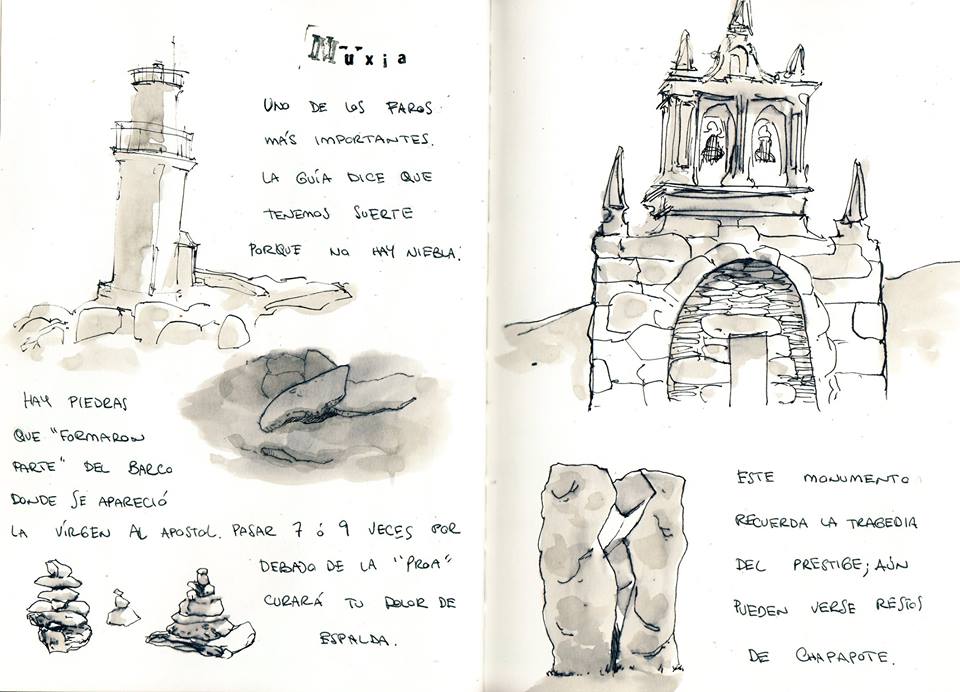 One of the most important lighthouses. The guide says we are lucky because there is no fog today.

There are stones that “belonged” to the boat where Virgin Mary appeared to St. Santiago. Crawling beneath them 7 or 9 times will heal your back pains.

This monument commemorates the Prestige tragedy; some oil stains can still be seen. 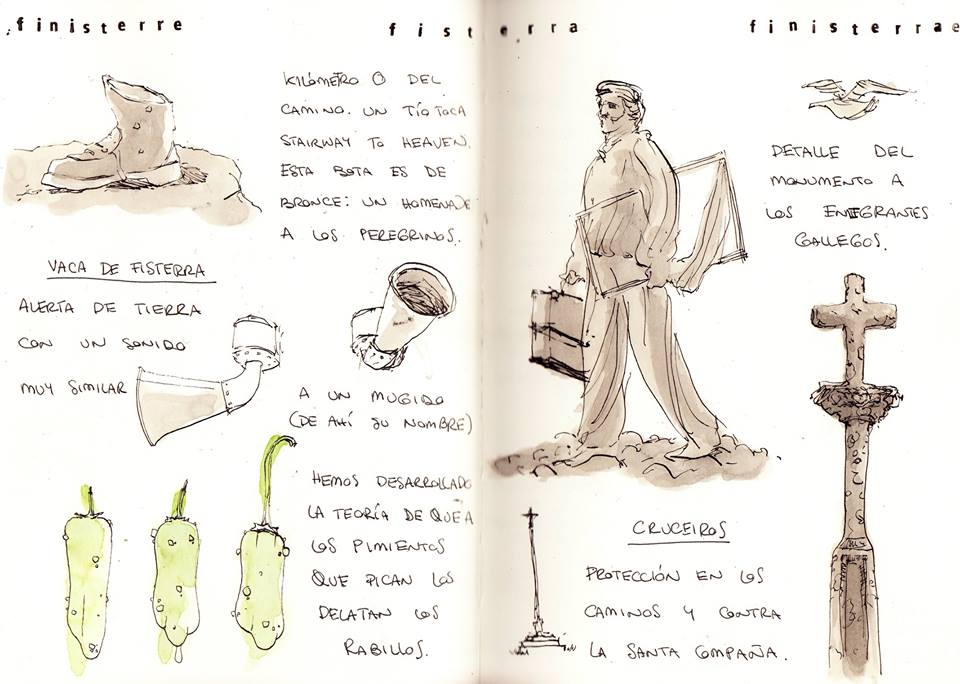 Km. 0 of the Way. A guy is playing Stairway to Heaven. This boot is made of bronze: a tribute for the pilgrims.

The cow of Fisterra: Land alert with a sound very similar to a mooing.

We had developed the theory that the hot peppers are the ones with a twisted shank.

Detail of the monument about the Galician emigrants.

Cruceiros: protection in the ways and against the Holy Company. 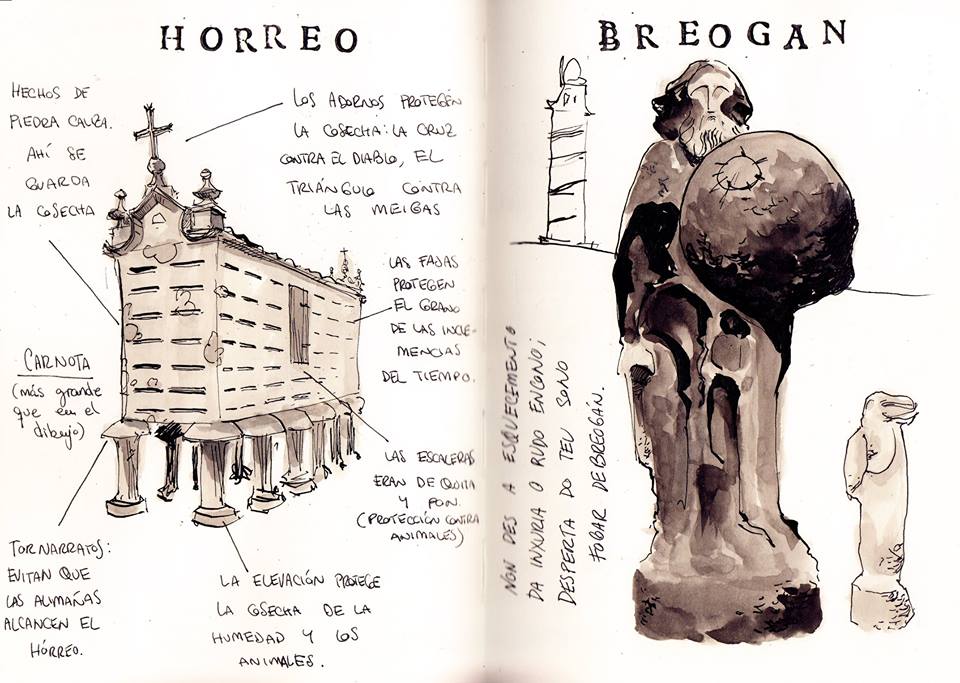 Made of stone, is where the harvest is kept. The ornaments protect the harvest against the Devil, the triangle against witches. The thin holes protect the grain against bad weather. Stairs could be removed (also to protect against rats). Elevation protects agains humidity and animals, Tornarratos also against animals.

Carnota (bigger than the drawing). 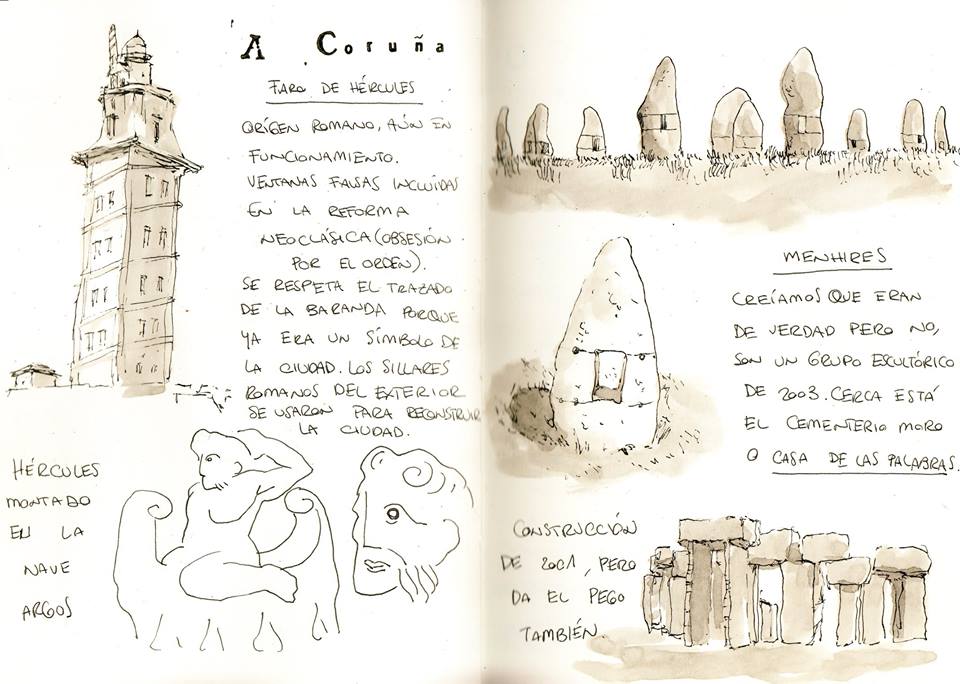 Roman origin, still working. Fake windows included in the Neoclassical reform (obsessed by order). The drawing of the original railing for the stairs remained because there was already an icon of the city. The original stones of the outside of the tower were used to rebuilt the city.

Menhirs: We thought they were real but they are sculptures (2003). Near there is an arabic cemetery or House of words. The other menhirs were built in 2001 but they also look ancient. 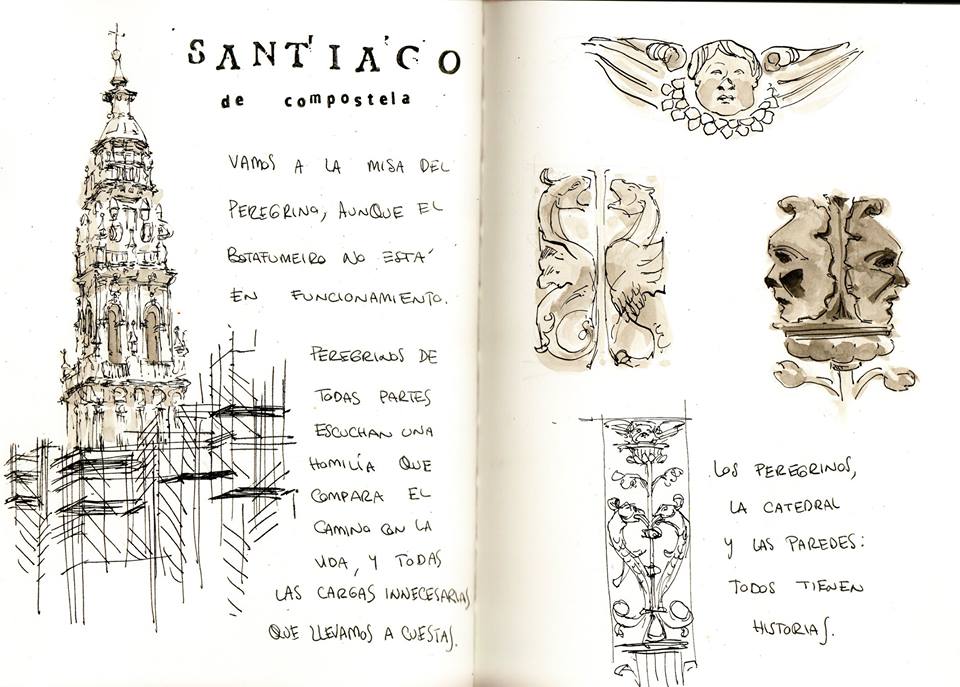 We went to the Pilgrim´s Mass, although the botafumeiro is not working. Pilgrims from all over the world listen to the priest, who compares the Way with life and how we usually carry unnecessary burdens.

Pilgrims, the Cathedral and its walls: they are all full of stories. 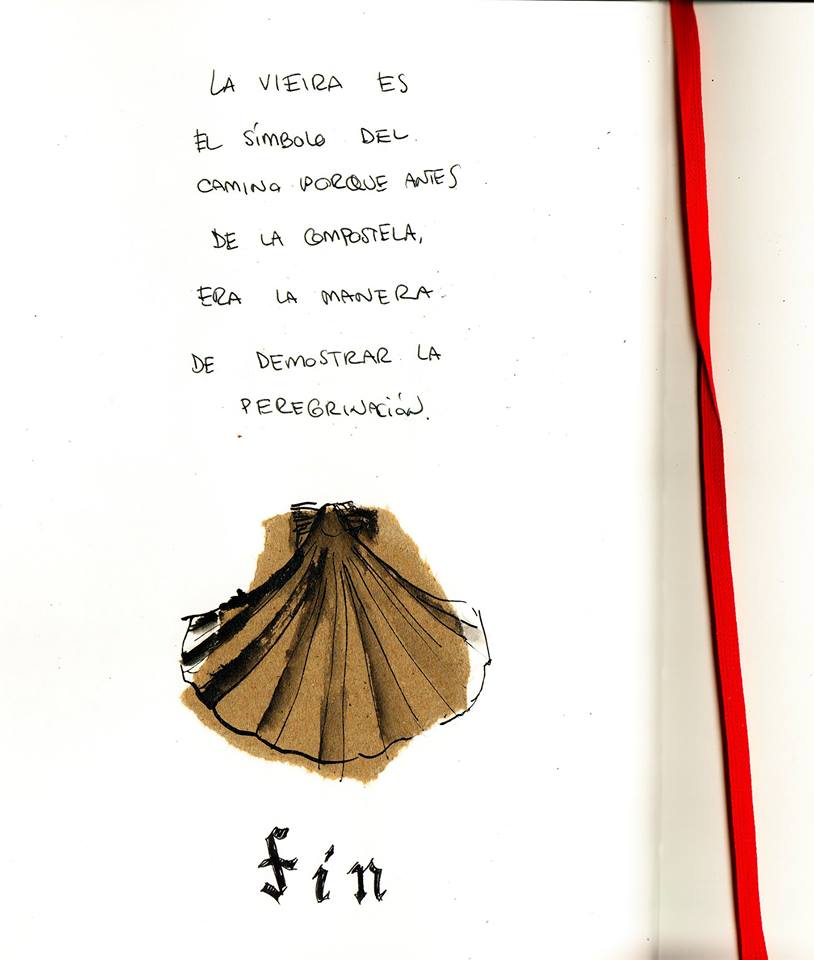 The “vieira” is the symbol of the Way because, before the Compostela, was the only proof of the pilgrimage.