Although every project, personal or not, is helpful to develop your own style, some of them are actual turning points to understand your own work and what you really want to do. For me, one of those projects is this series of illustrations I did for Coraline by Neil Gaiman. 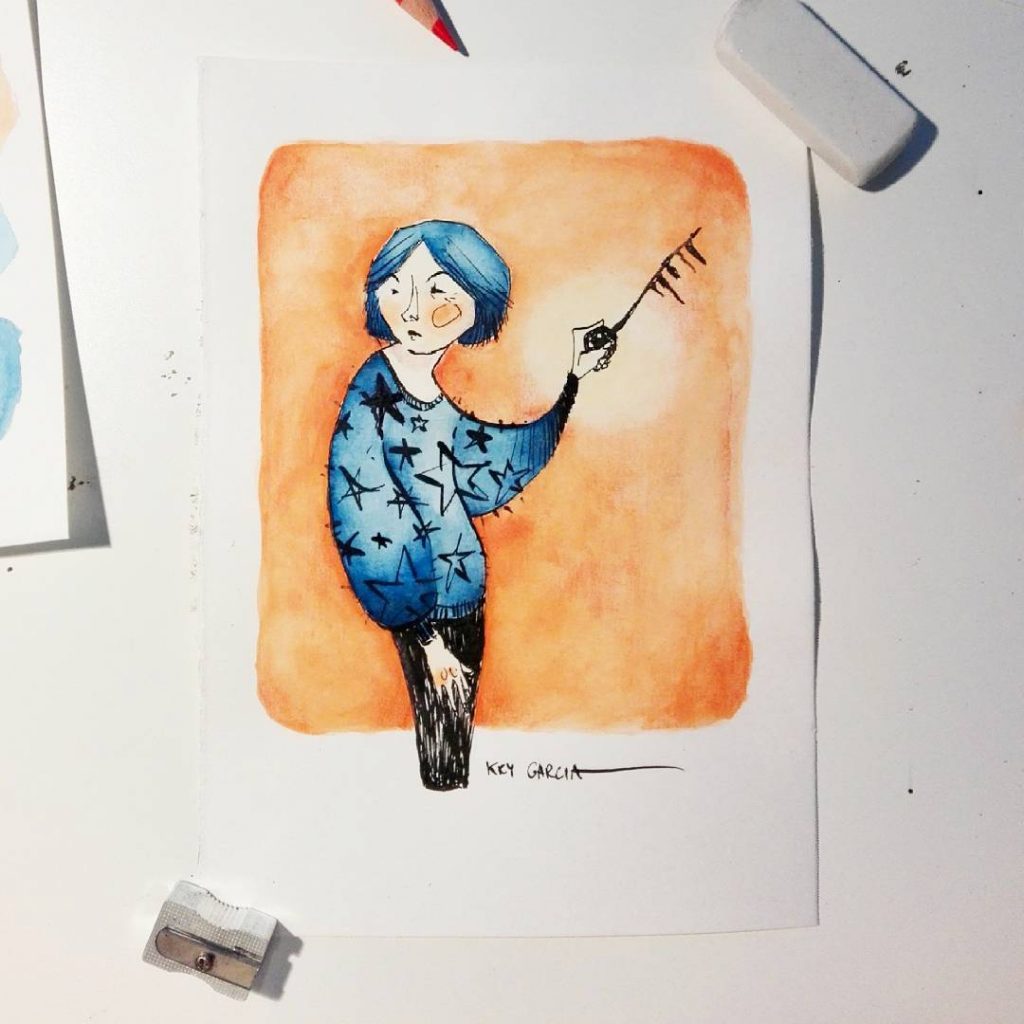 It all started with this piece I did just for fun while I was watching a tv show, chilling in my room, and as soon as I finished it I remember thinking: “Hey, I hate you slightly less than I hate the others” (a thought that, If you have ever done anything creative in your life, I am sure you will understand). It was like when you find something you are looking for in the moment you stop looking (in fact, I was indeed looking for some drawing for my social media and I started to use this digital version from then on). 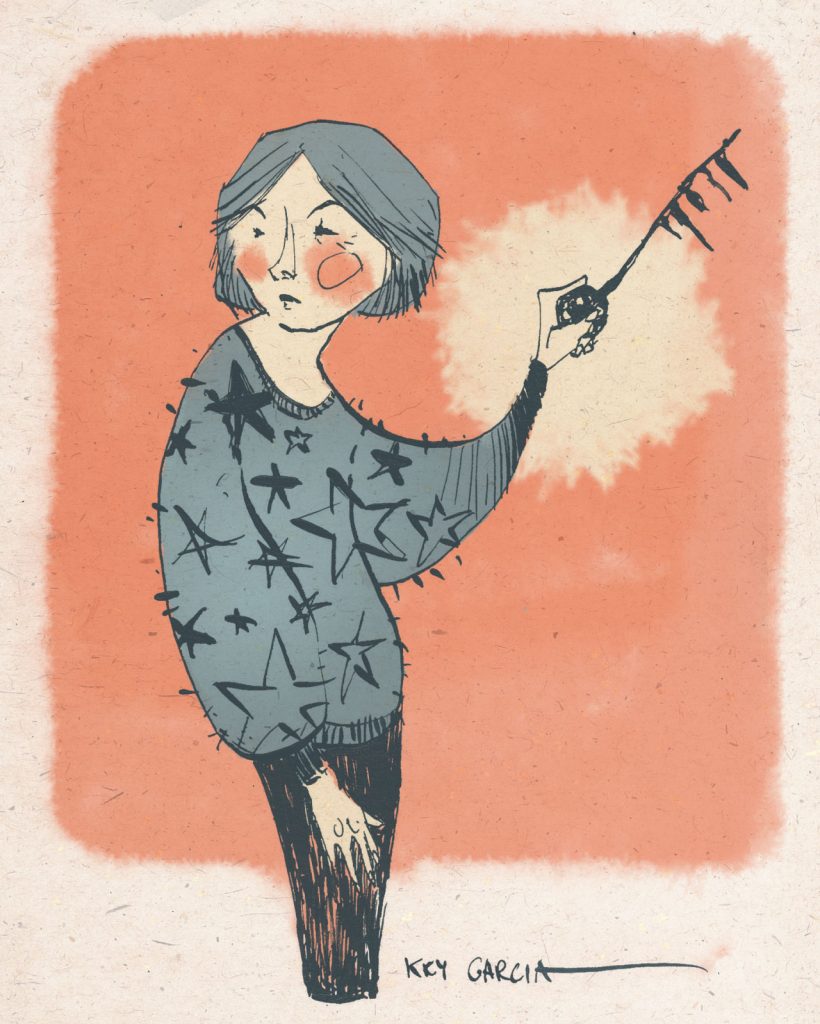 The following months I tried to continue that path, unsuccessfully. For me, every project has different needs, so I feel it’s extremely difficult to reproduce that “something” you liked, specially when you are still looking for you own graphic and narrative language (I think one never stops looking for it… but that’s another story). So, almost a year after the first illustration, I decided to try making a whole series about the book. 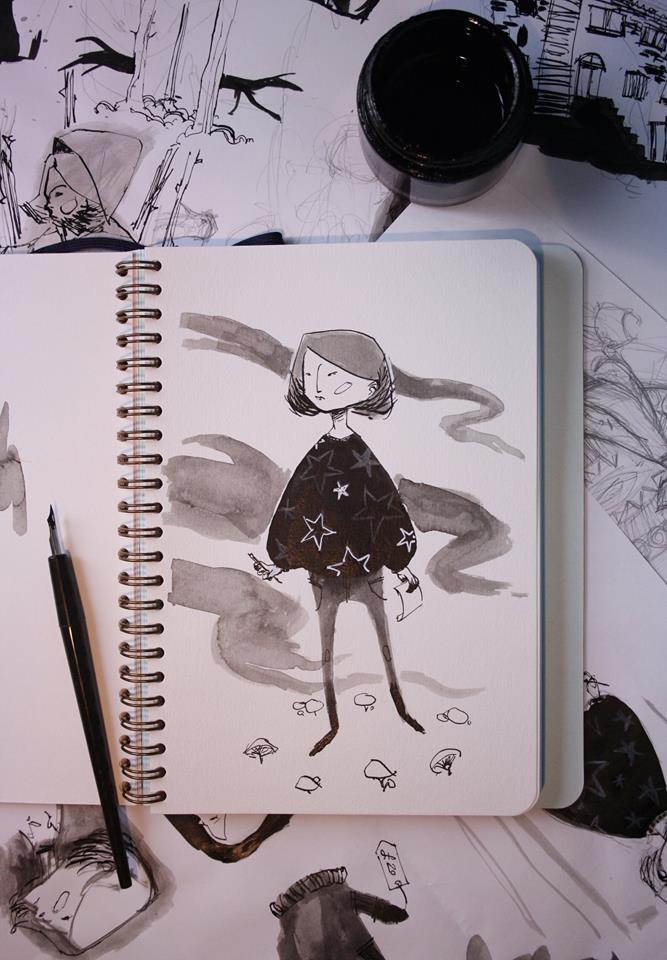 Now that I have some perspective about the process I followed, one of the best things I did was to extend the time I usually spend in the sketching stage. Also, although I started doodling in scraps of paper, I bought this sketchbook to have everything in one place, to follow the creative process and to sketch slightly bigger than usual (I will write another post about how freaking awesome these sketchbooks are). I used a spread to pick the different parts of the story I wanted to illustrate and did little sketches of the composition for each one of them; this is a great way to provide consistency to the whole project and check in one look what doesn’t fit. 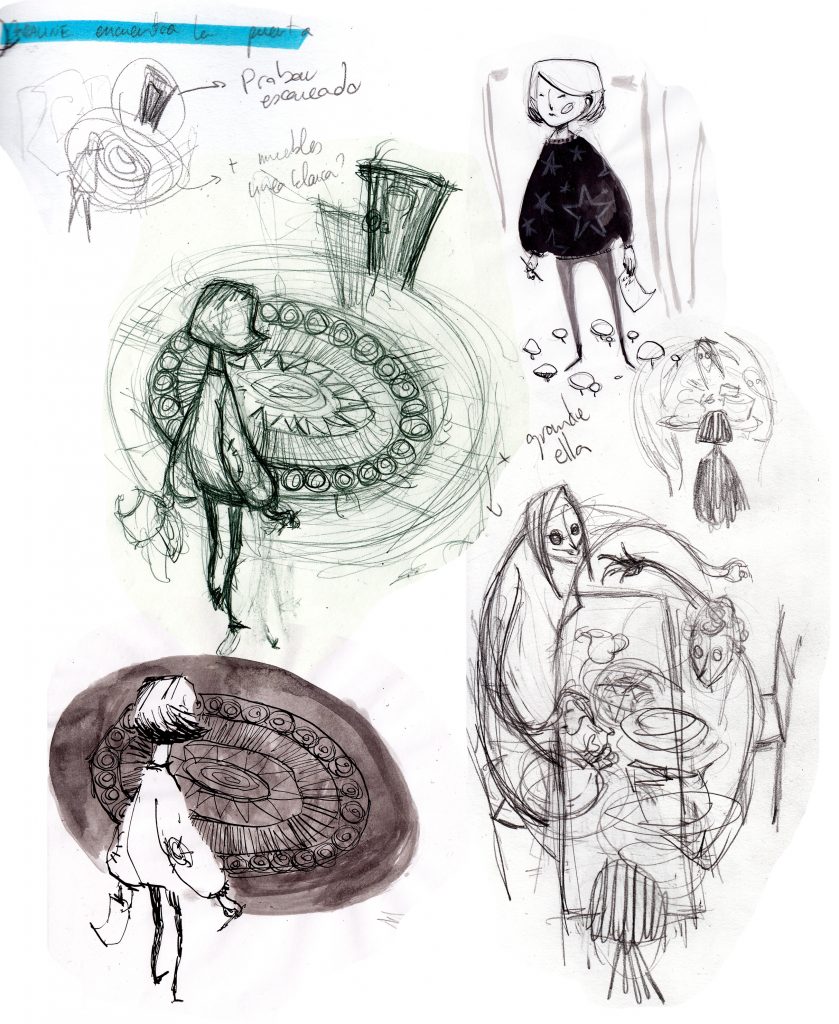 It is pretty obvious but I also reread the amazing book by Neil Gaiman. Dave Mckean is the original illustrator of the book and one of my biggest influences ever, so instead of trying to forget his illustrations (because that was basically impossible), I studied them, picking which aspects of the mood I wanted to reproduce or not. I also designed a handwritten font to add some text of that part of the story, a detail I remember loving in picture books when I was a child. 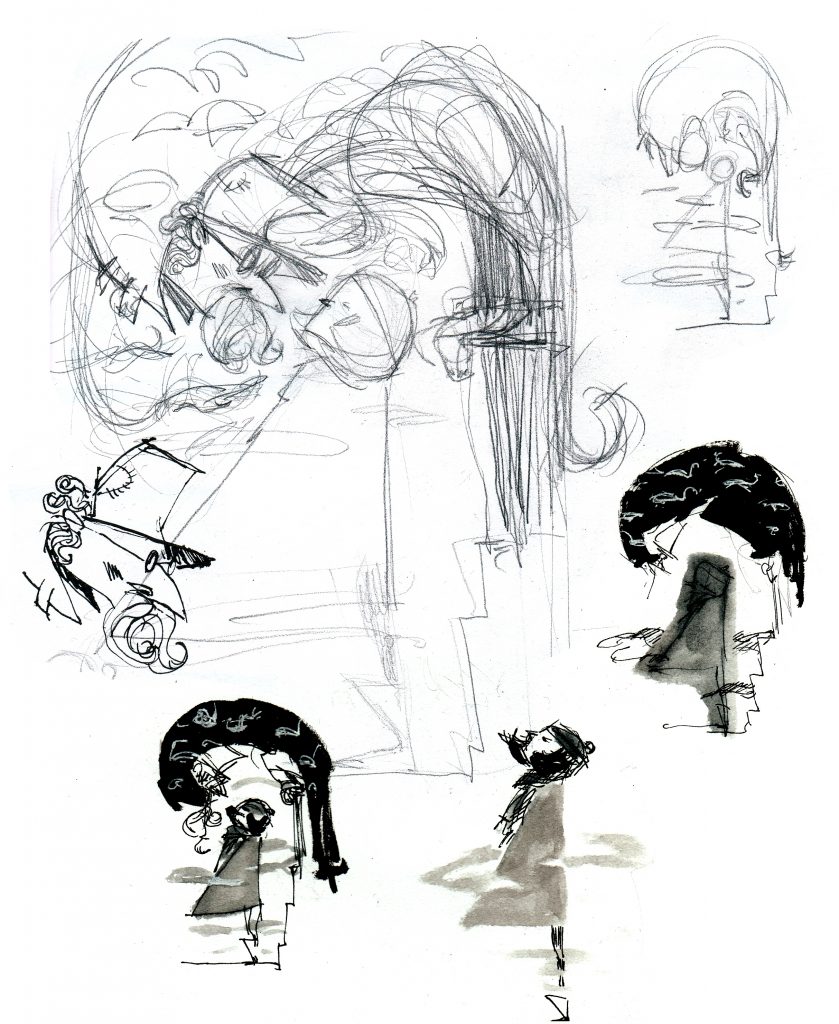 I found an audiobook online that helped me keeping the mood and I spent the first days of October just focusing on this project after a very big creative block. Not to sound cheesy, but probably more important than the above mentioned was the joy I felt while I was doing it, something that definitely is shown in the final pieces. I still like them after a year and that rarely happens. 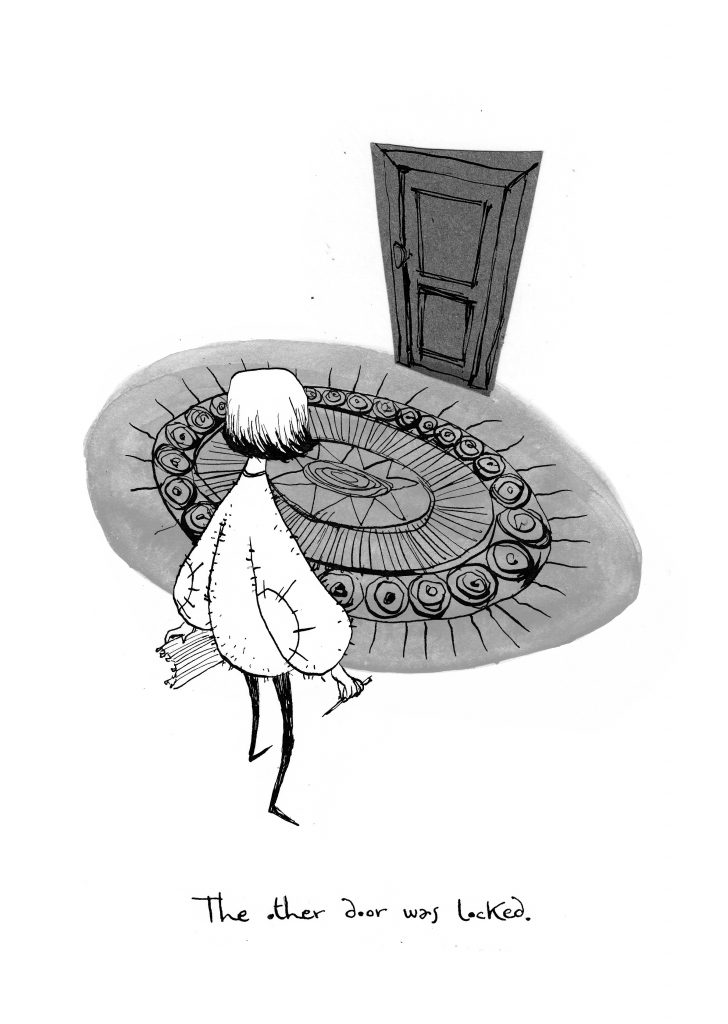 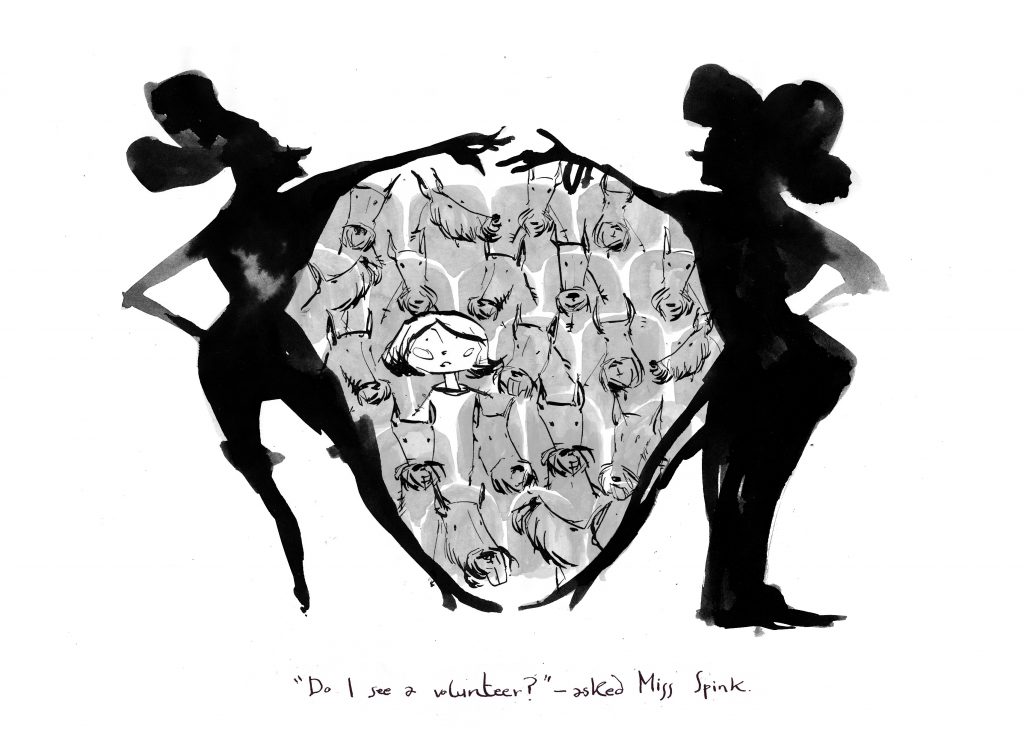 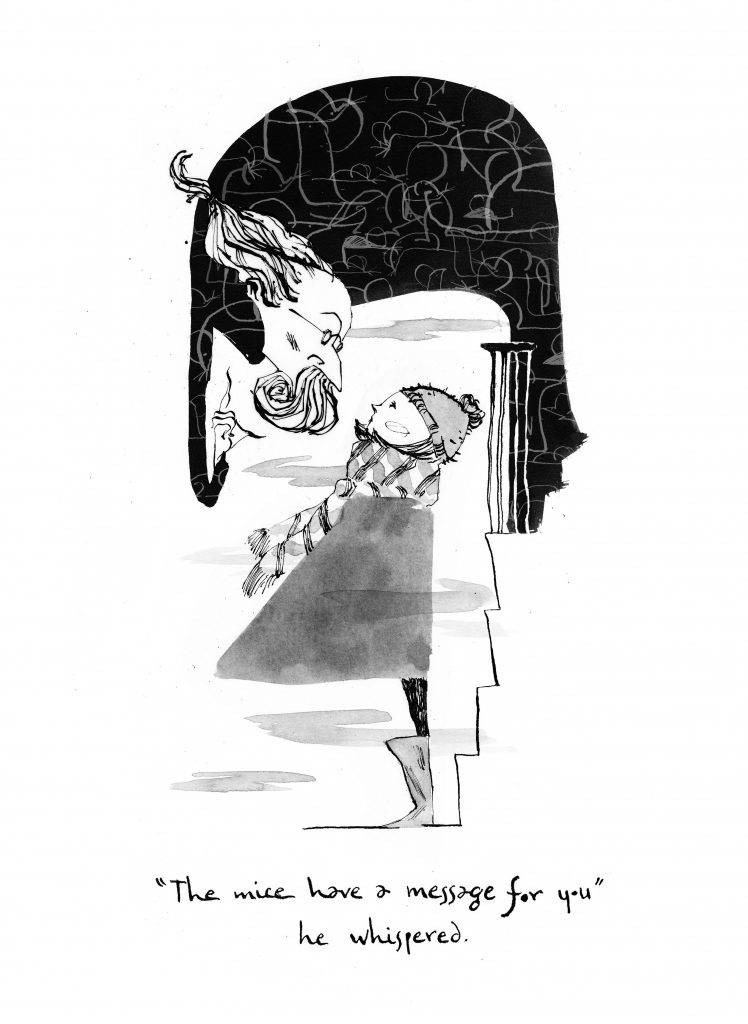 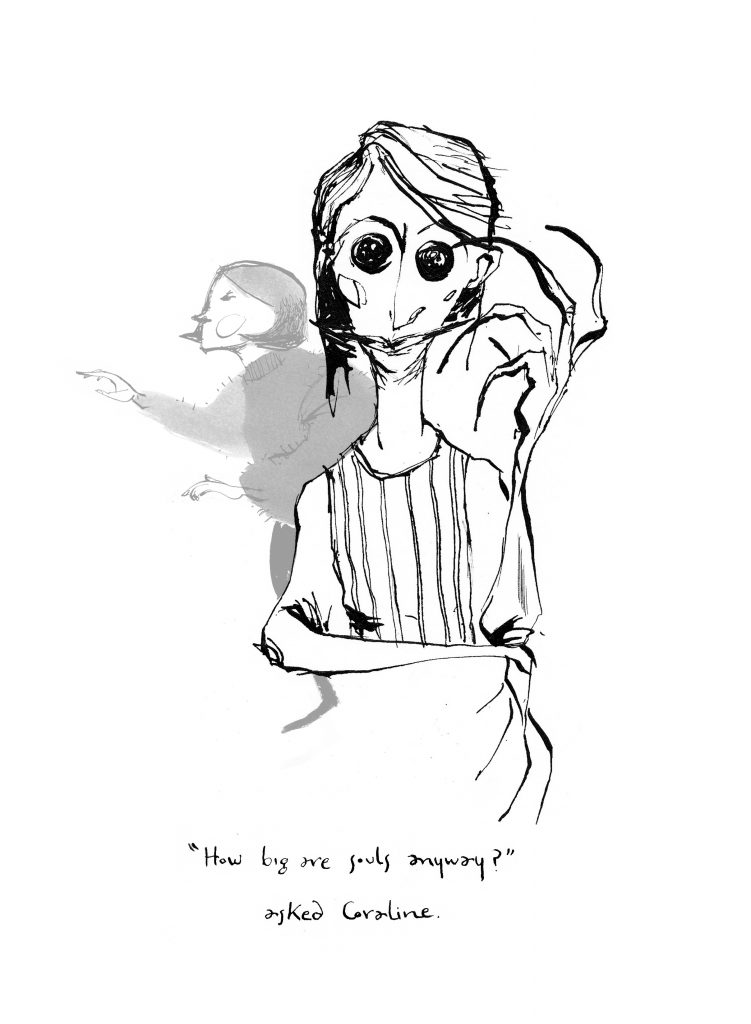 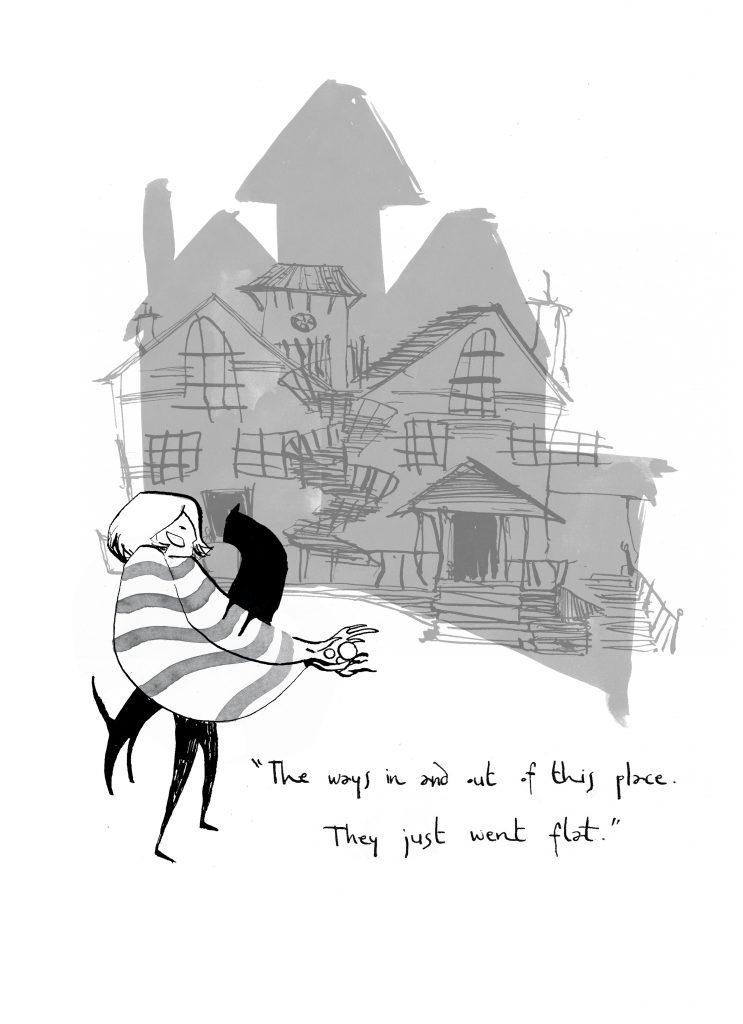 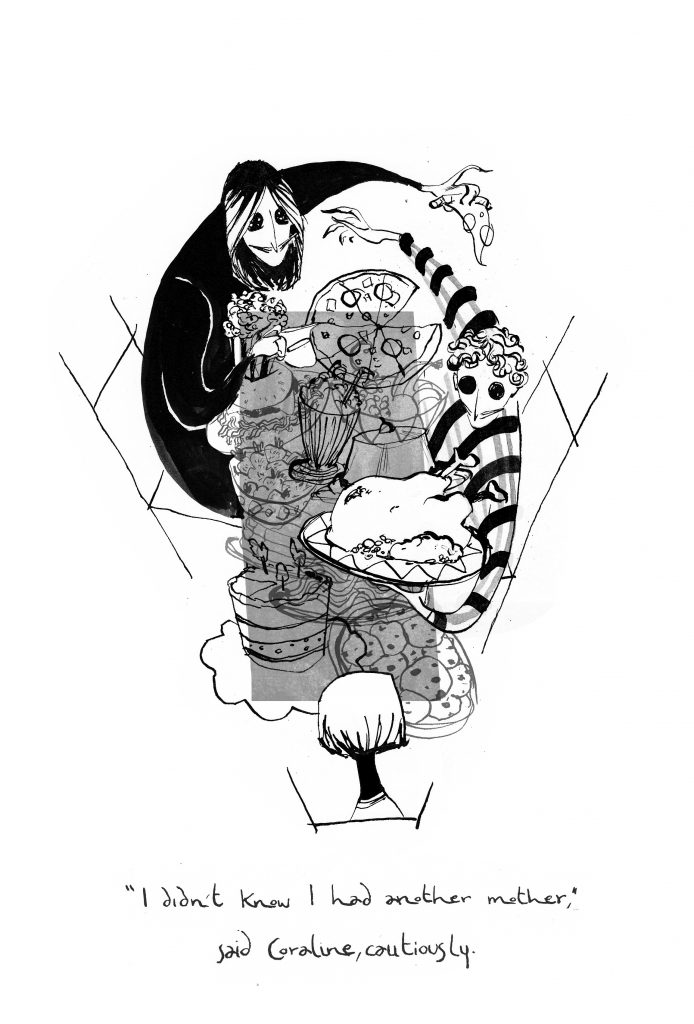