How I approach a drawing challenge (Childhood Week Part I)

Last year, illustrator Beatrice Blue started Childhood Week, a challenge in which artists share memories about her childhood through any way they want to. The prompt list is given a month or so before, so for the summer edition I decided to give it a try.

Like many others, I chose to make some illustrations; I am not going to lie: I was a bit scared that my work didn’t fit amongst all those other artists’ beautiful, colorful illustrations, but maybe that was something good as I didn’t have anything similar to compare my work with.

May was a crazy, crazy month: I was trying to change my day job, looking for a new apartment and moving out, all in two or three weeks. Despite everything, I really wanted to do the challenge so, in order to not getting lost in all the endless possibilities to approach it, I made some “rules” for myself, which also was a way to give a consistency to the whole project:

-Compartmentalised design, something between a comic and an illustration to try a different storytelling.

-Do not look at pictures but let the inaccuracy of the memories works its magic.

And here they are, the first four. I will post the three left next week, together with what I learnt while doing the challenge (and some pictures too because everybody love cute kids and 90s awkwardness). 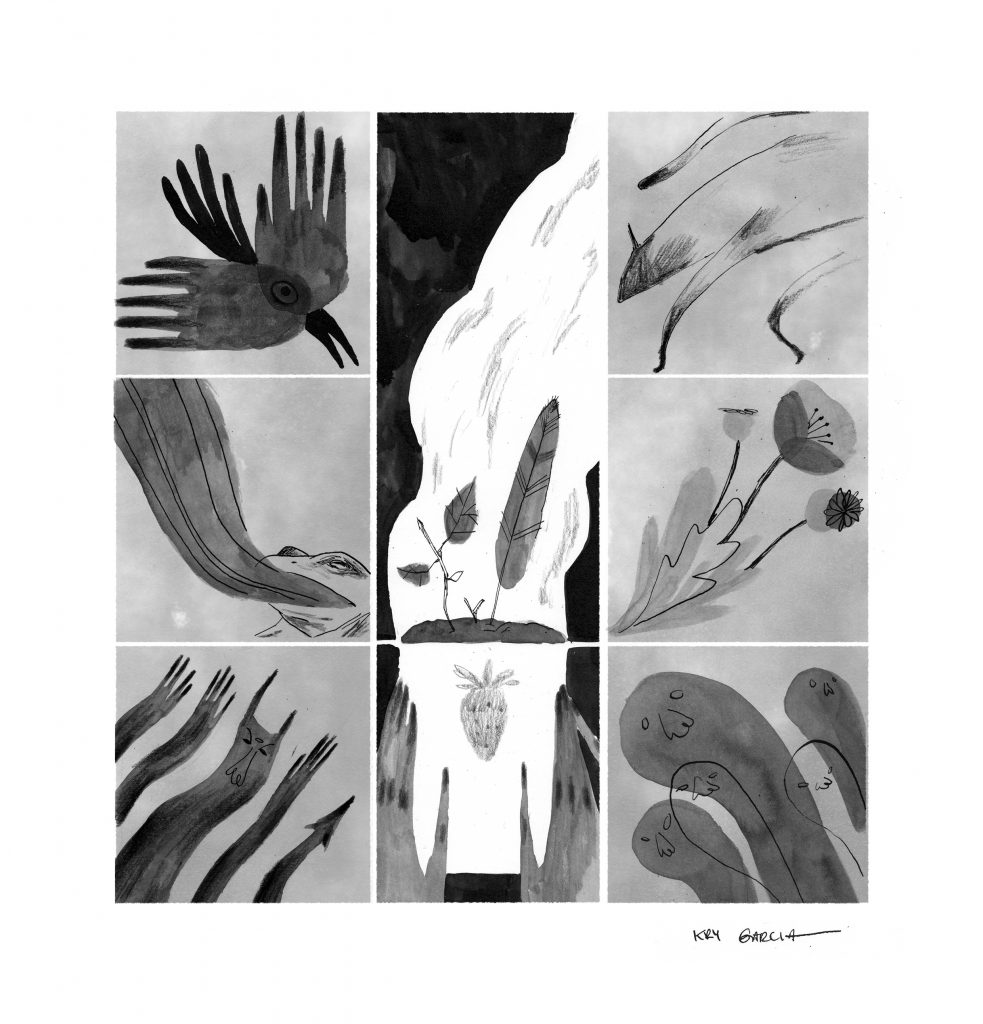 Like every kid, I was pretty obsessed with magic (well…I still am). One of my favourite games and maybe the most disgusting one was making potions out of mud, leaves and any kind of dirt I could find. Thankfully, I never tried any of them… maybe they worked, I guess we will never know. 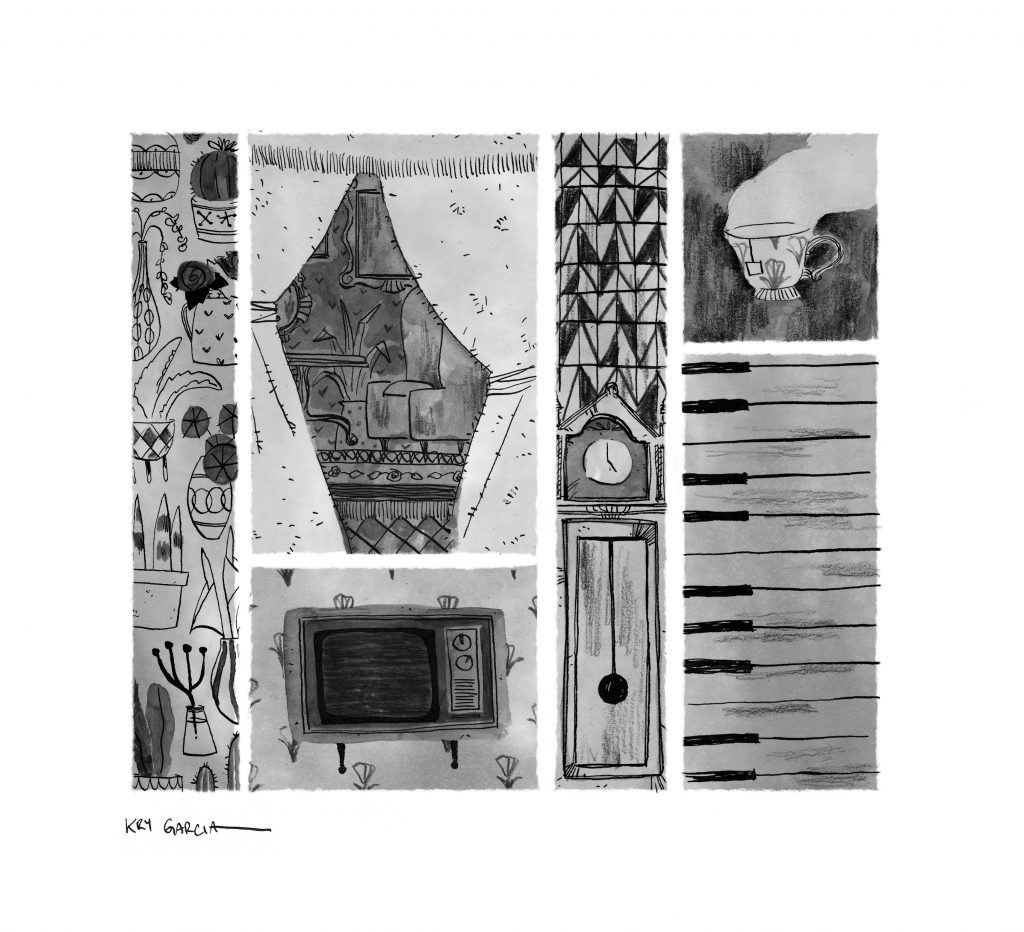 In every grandparent’s house there is a forbidden room… and in our case, it was forbidden for a good reason: I still remember that crystal vase that didn’t survive to one of our games. But I didn’t tell you that because that never happened because no one can enter into the forbidden room, ok? So stop asking already! 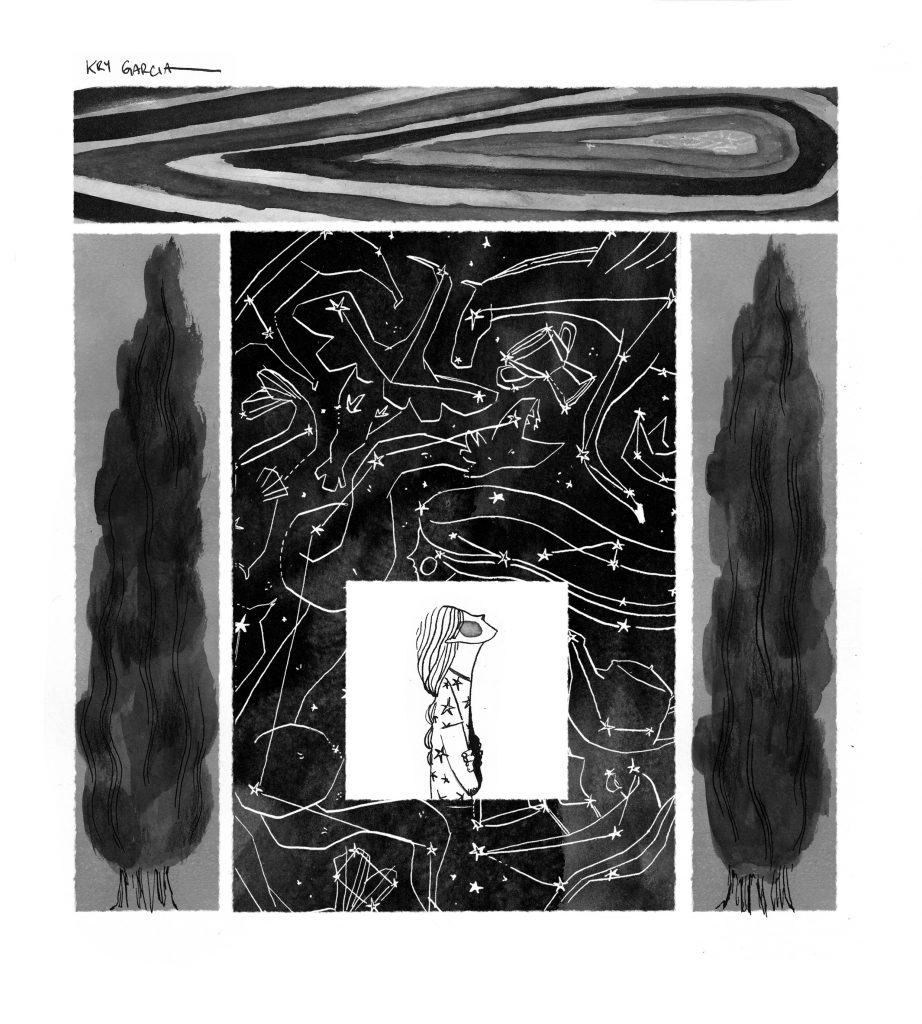 I used to go to a summer camp every year and my favourite part was at night, when we would go to an open field next to our rooms, through a path surrounded by cypresses, to see the Perseids and all the constellations I wasn’t able to see in the city. I have a terrible memory for Astronomy BUT a good imagination, that is what really counts, isn’t it? 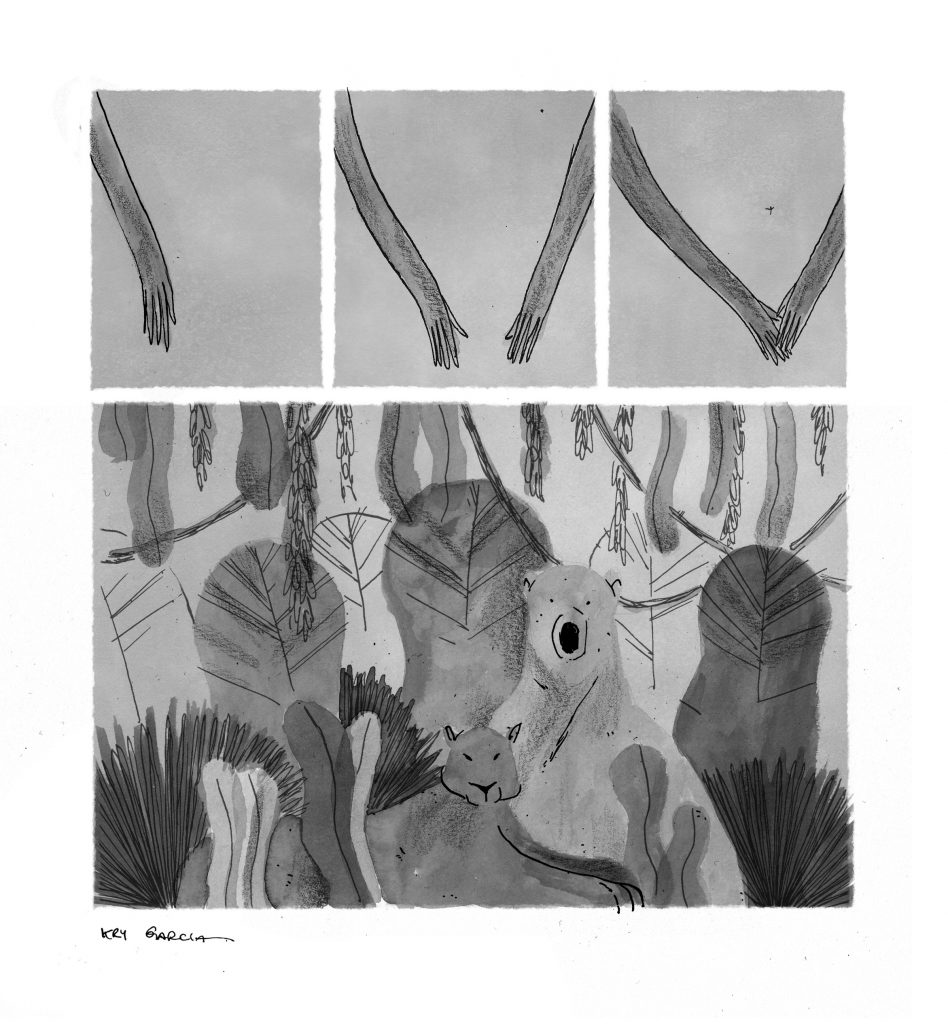 I have this very vivid memory of my mom, leaving me in the living room with The Jungle Book on when I was like 3 or so, while she was doing the dishes. As soon as the film ended I started to cry like never before and I remember my mother coming and looking at me like: but kids love this movie! The truth is that I do and I did, but I have always found it so tragic because… if your best friends are a panther and a singing bear, why would you leave them to go with a girl you don’t even know?